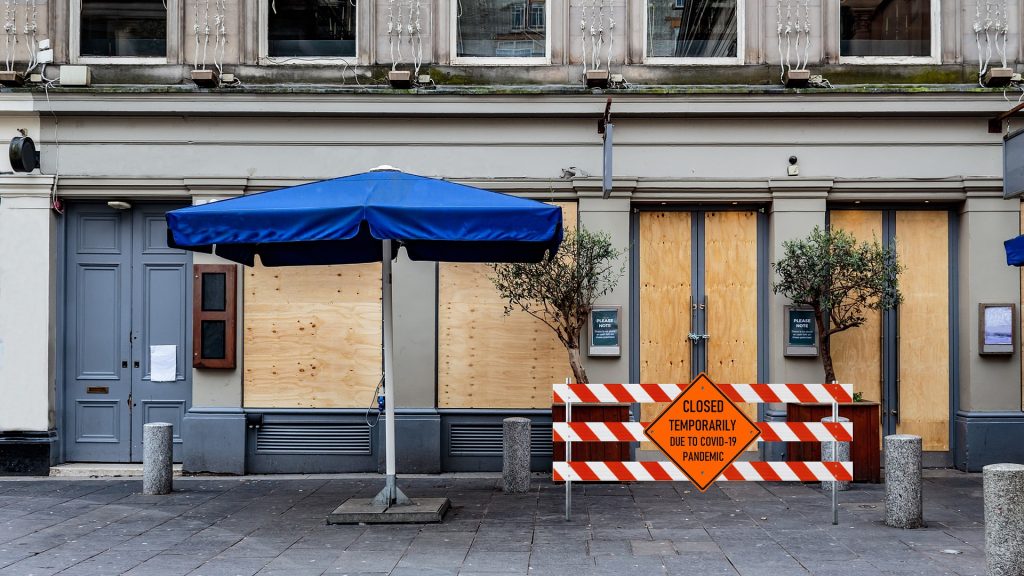 One year on from the start of the state of emergency declared by the Government as a result of the pandemic, the first ruling has been handed down on the coverage of a policy for loss of profits as a result of the suspension suffered by a restaurant during the state of emergency, the very recent and already famous Ruling 59/2021 of the Provincial Appeal Court of Girona, dated February 3rd 2021.

Beyond summarising the content of the judgement (which, of course, being an isolated pronouncement does not establish case law, and whose content, reasoning and ruling we have already advance that we do not agree with), this article attempts to address, very succinctly, some aspects of what the current and future panorama of policies and coverage for loss of profits could be.

On the Judgment of the Provincial Appeal Court of Girona of February 3rd 2021:

Without wishing to delve into the content of the ruling, we will make a series of points that constitute as many reasons why we do not agree with the grounds of the ruling, insofar as in our opinion it distorts the legal configuration and regulation of the policies that include loss of profits.

The coverage of loss of profits is related to the existence of material damage arising from a loss which must be covered by the policy (articles 63 and 66 of the Spanish Insurance Contract Law). Therefore, if there is no loss occurrence as described in the insurance contract, there is no coverage for loss of profits.

As we already mentioned in a previous article of this Newsletter [Read more…] “it seems logical to conclude that a business interruption policy coverage shall only be activated in cases of suffering physical damage to the organisation, assets or operations that cause business interruption”.

Even though the judgement of the Girona Provincial Appeal Court gives a (in our opinion, inaccurate) explanation of the characteristics of the limiting clauses, by extending this the concept to the present case, it is difficult to understand the court´s reasoning about how the guarantee of loss of profit can be related to the existence of a loss covered by the policy.

The Provincial Appeal Court of Girona accuses the appealed first instance ruling of something that the same ruling we are commenting on suffers from: “it does not take into account the characteristics of the insurance contract, in terms of the nature of the clauses and the incidence in the specific case…”.

Nevertheless, beyond this specific case, and even its extension to the thousands of similar cases that are related to the pandemic, the doctrine of the judgement contains an enormous danger: the understanding that any loss of profits, unless it is the responsibility of the insured, would activate the coverage of the policy for such a concept. Unless, as it seems, there is a specific exclusion (in this case, of “paralysis due to governmental resolution regarding a pandemic”) specially highlighted and accepted in writing by the insured. We wonder how the content of the policies would have to be worded in the future if the basis of this judgement were to prosper: to extend the enumeration of exclusions to infinity?

On the possible recovery action carried out by insurers in the event of a loss of profit due to a governmental order of closure caused by a pandemic:

The judgement itself points out that “the doubt could arise as to whether or not the insurer can recover from the State”. In this context (restriction of catering activities because of an order of the governmental authorities, without the causal connection between the controlled activity of the hotel and catering industry and the increase of Covid 19 infections, lack of aid from the State, etc.) it does not seem unreasonable to support a possible liability action against the State as a consequence of the function of public services. This is not the only argument for which the hotel and catering industry is currently filing numerous lawsuits.

Article 3 of the Organic Law that regulates  the states of emergency, emergency and siege (LO 4/1981 of the 1st of June 1981) stipulates that “those who, as a consequence of the application of the acts and provisions adopted during the validity of these emergency periods, suffer, directly or personally, rights or property, damage or harm due to acts which are not attributable to them, shall have the right to compensation in accordance with the provisions of the law”.

In addition, the Constitution also establishes the legal framework within which the administration can be held liable. With this regard, Article 106.2 establishes that: “private individuals, under the terms established by law, shall be entitled to compensation for any injury they suffer to any of their properties and rights, except in cases of force majeure, provided that the injury is the result of the operation of public services“.

On the other hand, Article 32 of Law 40/2015, of  the 1st October, on the Legal Regime of the Public Sector, entitled “Principles of liability”, provides: “1.- Individuals shall have the right to be compensated by the corresponding Public Administrations for any injury they suffer to any of their properties and rights, provided that the injury is a consequence of the normal or abnormal functioning of public services except in cases of force majeure or damage that the individual has a legal duty to bear in accordance with the Law”.

It is unquestionable, at least in the case of hoteliers, that the closure of their establishments as a result of the declaration of the state of emergency, as well as the numerous restrictions that have been applied since then, and the absence of any measures to alleviate or, at least, minimise the economic losses suffered, have caused damages resulting from the normal or abnormal functioning of the administration.

Contrarily  to the measures that we adopted by our European neighbours[1], support to the hotel industry in Spain has been limited to a reduction of the rental fees (and only in the case of landlords with an important volume of properties). Furthermore, no tax exemptions are applied, except for some municipal taxes in certain cities, and only some suspensions on Social Security payments are given.

Furthermore, and as an example of what could be considered as an abnormal functioning of the administration, it should be pointed out that, on occasions, the real and effective causal relationship between the opening of hotel and catering establishments – within certain limits and with the appropriate preventive measures – and the increase of Covid 19 infections, has not been proven with any kind of certainty (but only intuited).

This is how the High Court of Justice of the Basque Country understood it in a recent resolution dated February 9th 2021, in which the precautionary measure was adopted as requested by an association of hotel and catering establishments, consisting of suspending the validity of the prohibitions on the opening of hotels and restaurants, based on the fact that no causal relationship exist between the opening of hotels and restaurants and the increase of positive cases of Covid-19.

However, in order to guarantee the success of any possible recovery action against the Governmental Authorities, the insurer will have to make every effort to prove that the measures adopted do not fall within the scope of force majeure which, at the same time, will constitute the most solid argument that the State can rely on in order to avoid being condemned.

On future loss of profit policies:

There is no doubt that, regarding the possible existence of more important restrictions in the future, that will lead to loss of business, the policies will have to contemplate with greater precision the delimited risk and, where appropriate, the possible exclusions in order to facilitate the determination of the cover. Therefore, for example, the following clauses could be included:

“Coverage under this policy shall be excluded for losses produced as a direct or indirect consequence of the paralysis of the activity due to limitations and/or restrictions imposed by governmental decisions of any public body or authority, resulting from situations of force majeure and/or pandemics and/or any other extraordinary and unforeseen situations that affect in a general way the population of the country or a certain territory, provided that these situations generate  governmental orders of stoppage, suspension or temporary closure of the activity”.

The judgement of the Provincial Appeal Court of Girona, in favour of coverage under the policy for loss of profits of the economic consequences derived from the business interruption of a hotel or catering establishment during the state of emergency period, not only does not establish jurisprudence,  and will presumably, as we hope, not be consolidated, given that the ruling ignores the important principles of this type of insurance and moreover what is established in this respect in articles 63 and 66 of the Spanish Law of Insurance Contracts.

Without prejudice to this, and in the event of similar sentences that condemn insurance companies to indemnify, it is possible to evaluate the possibility of exercising a recovery action against the Public Authorities, based on the provisions of article 43 of the Spanish Law of Insurance Contracts.